How to Make Pemmican The Ultimate Survival Food 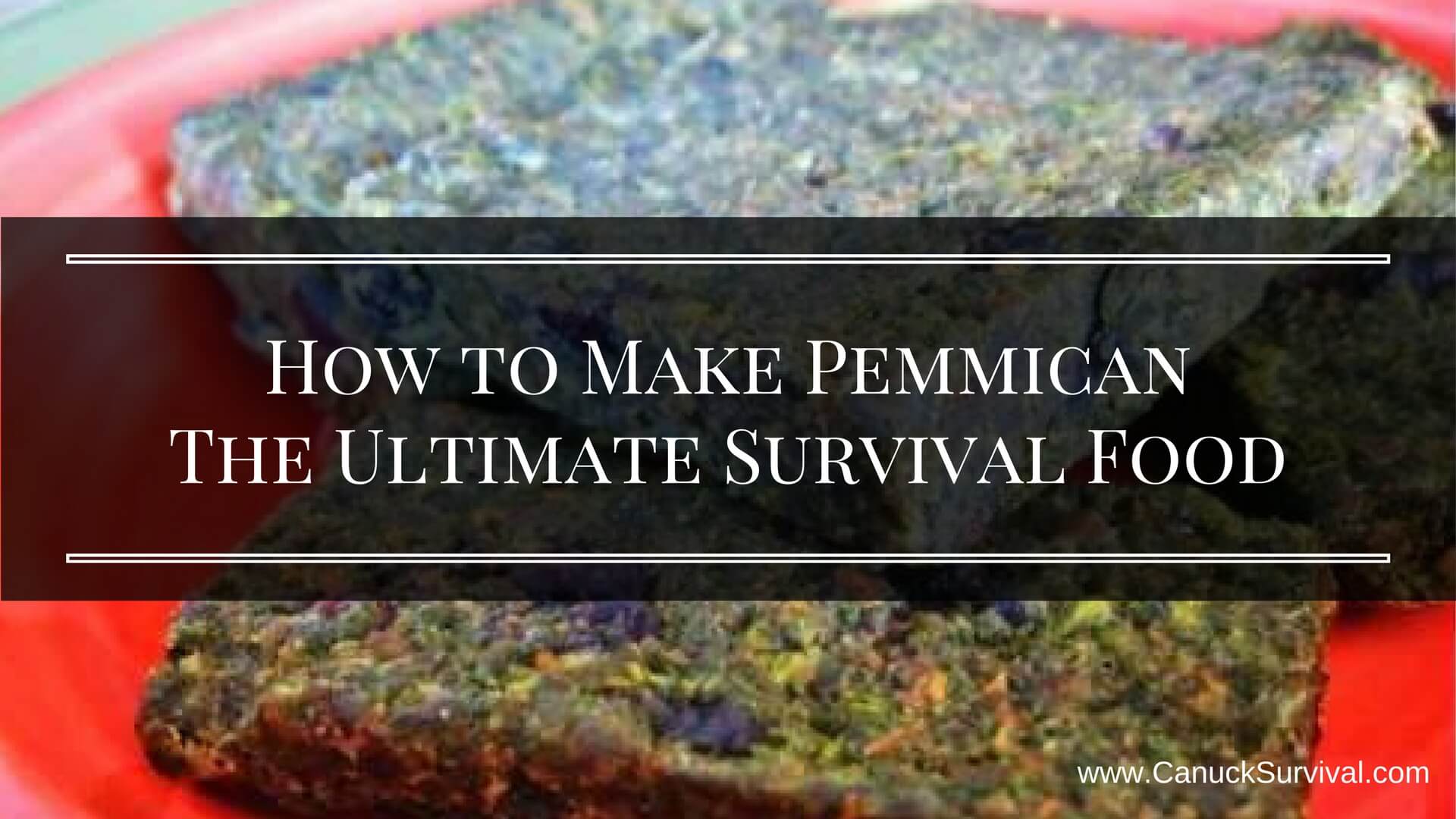 *We may earn money or products from the companies mentioned in this post. All reviews are unbiased and serve to guide you to the best products for your needs. By clicking the links you are helping to support Canuck Survival via a small commission at no extra cost to you! Thank you!*

First, What is Pemmican?

Invented by the natives of North America, pemmican was used by Native Americans as well as early western explorers and fur traders.

Pemmican is dried meat, traditionally bison pounded into coarse powder and mixed with an equal amount of melted fat, and occasionally Saskatoon berries, cranberries, and even cherries, currants, chokeberries or blueberries.

How Was Pemmican Used?

Native Americans and western explorers and trappers spent a great deal of time on the go and depended on having portable, high-energy, highly nutritious, and filling foods that would last for long periods of time without refrigeration.

The Canadian fur traders didn’t have any time to spare to live off the land and had to carry all their food during their travels. It was also later used as the main food source for several polar expeditions,

North Pole explorer Robert Peary used pemmican on all three of his expeditions, from 1886 to 1909, for both his men and his dogs. In his 1917 book Secrets of Polar Travel, he devoted several pages to the food, stating, “Too much cannot be said of the importance of pemmican to a polar expedition. It is an absolute sine qua non. Without it a sledge-party cannot compact its supplies within a limit of weight to make a serious polar journey successful.”[source]

While we now have access to more vitamin rich power foods, it’s amazing to think of a food that can survive decades in a sack, and provide the power and strength you need to survive the harsh conditions of the North Pole and daily grind of the early fur traders.

This site uses Akismet to reduce spam. Learn how your comment data is processed.